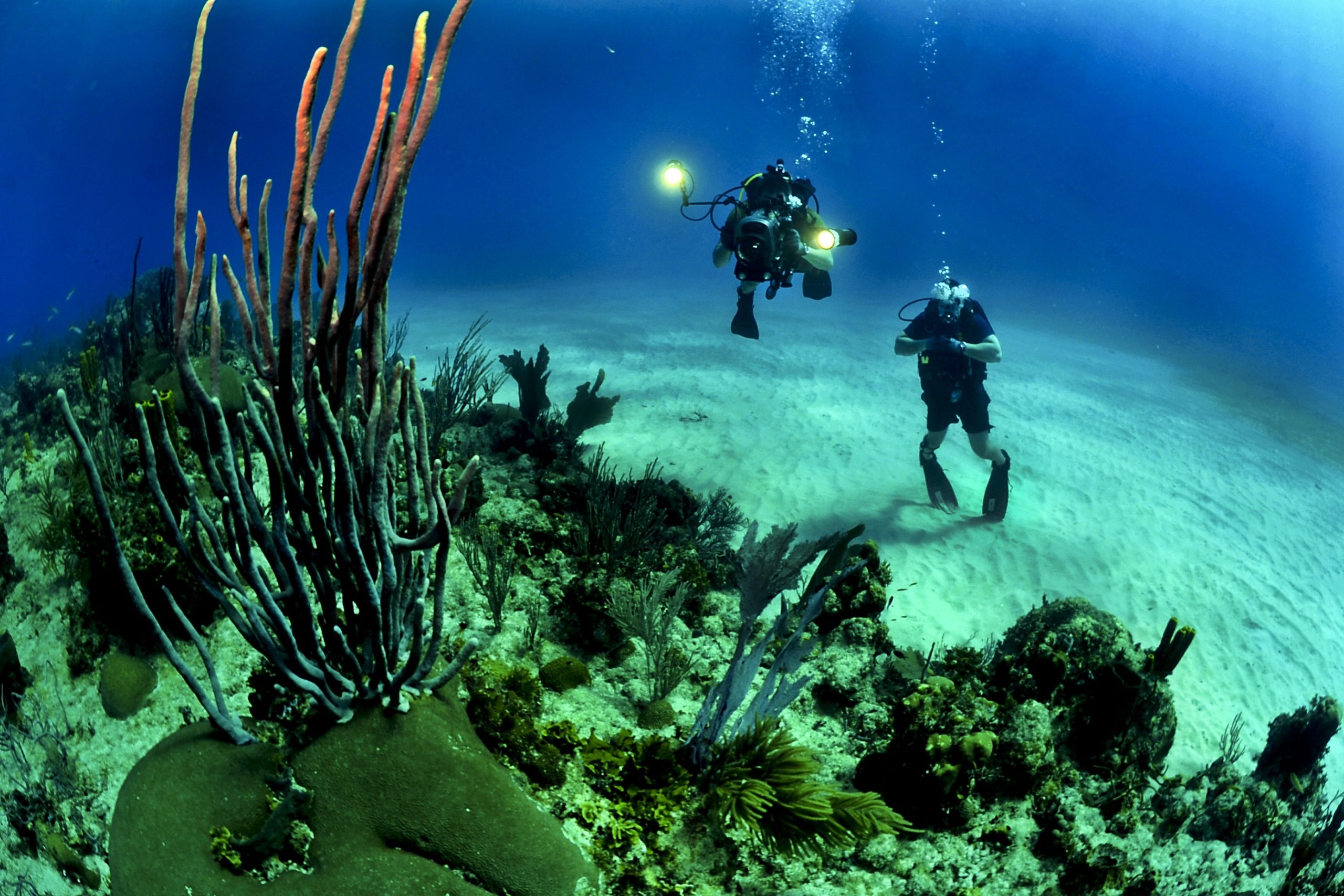 By Bianca Bargagliotti8 March 2022No Comments

Would you like a taste of the zoological news that have characterized 2021? Here you are served! Worldrise hopes to satisfy your hunger for knowledge.

HOW MANY NEW SPECIES ARE DISCOVERED EVERY DAY?

Even more difficult to believe, a study published in 2011 in the famous scientific journal Nature states that 86% of terrestrial species and 91% of existing marine species are still to be described!

WHY IS IT SO IMPORTANT TO BE AWARE OF THE BIODIVERSITY THAT SURROUNDS US?

Biodiversity has not only an irreplaceable intrinsic value (if a species becomes extinct globally, the loss will be irremediable). It is also fundamental on an overall level because each organism plays an important and often unique role within the ecosystem to which it belongs, allowing its correct functioning. In fact, an ecosystem that works correctly provides goods and services that man can exploit: Just think of the fish resources offered by the sea and the economic weight of the fishing sector.

Only if we know what we are dealing with we will be able to make the best decisions to protect it, defining adequate protection and conservation strategies to preserve the existence of the various organisms.

Let’s dive into the discovery of 5 of the numerous marine species discovered in 2021: 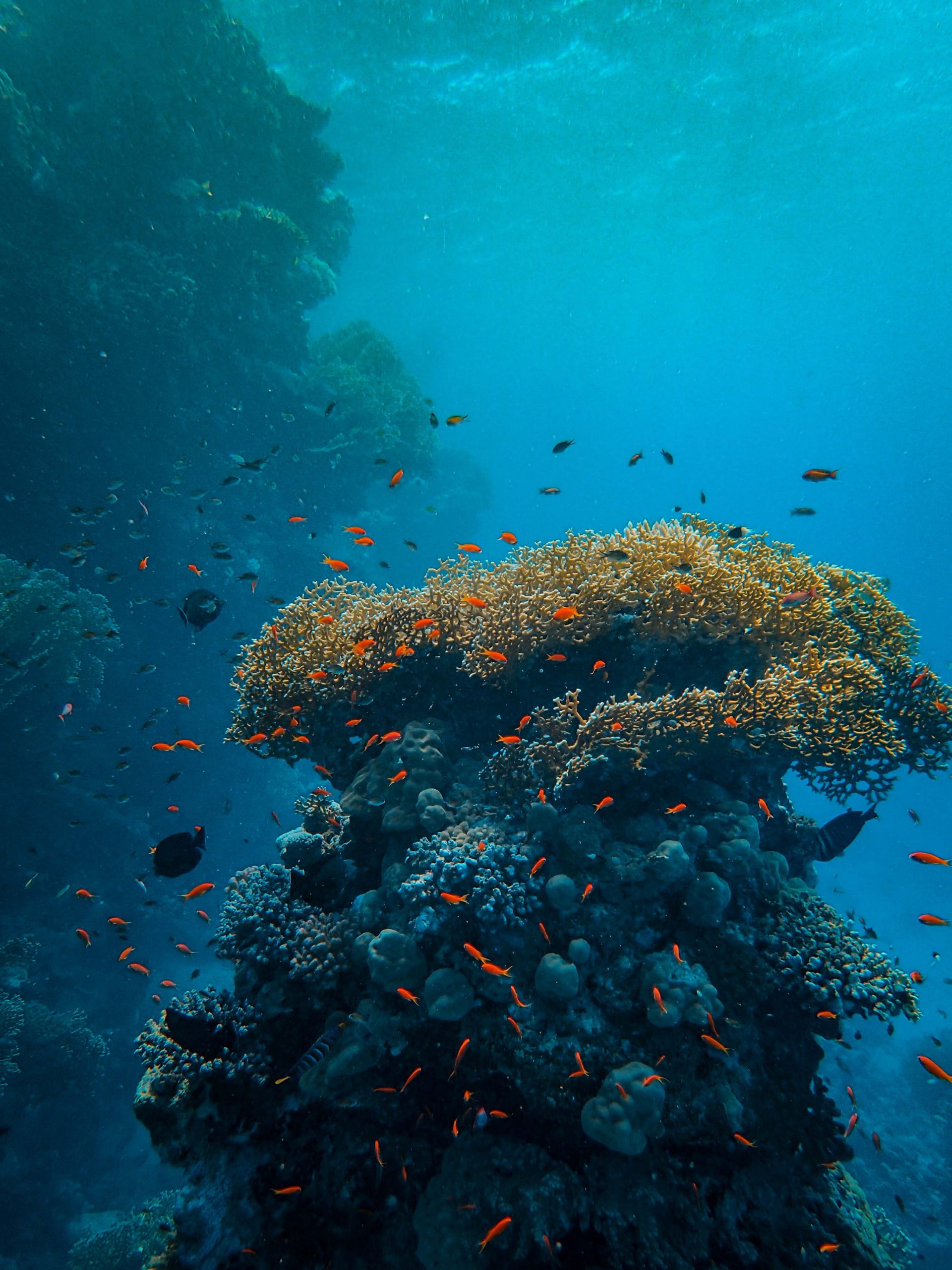 Photo by Francesco Ungaro from Pexels

Despite being present in much of the western Indo-Pacific Ocean, Etelis boweni is a fish only recently recognized as belonging to a new species. How has it been possible? Thanks to genetics! The differences in the genetic heritage have allowed the distinction of Bowen’s snapper from the similar Etelis carbunculus.

This pair of fish gives us an idea of what it means to deal with cryptic species: distinguishing this type of organisms from each other only based on morphology is almost impossible, it drives you crazy! However, these species are unable to reproduce with each other and are generally characterized by different ethological and ecological behaviors.

Therefore, the key to unraveling the mystery of the sister species is provided by the analysis of genes. 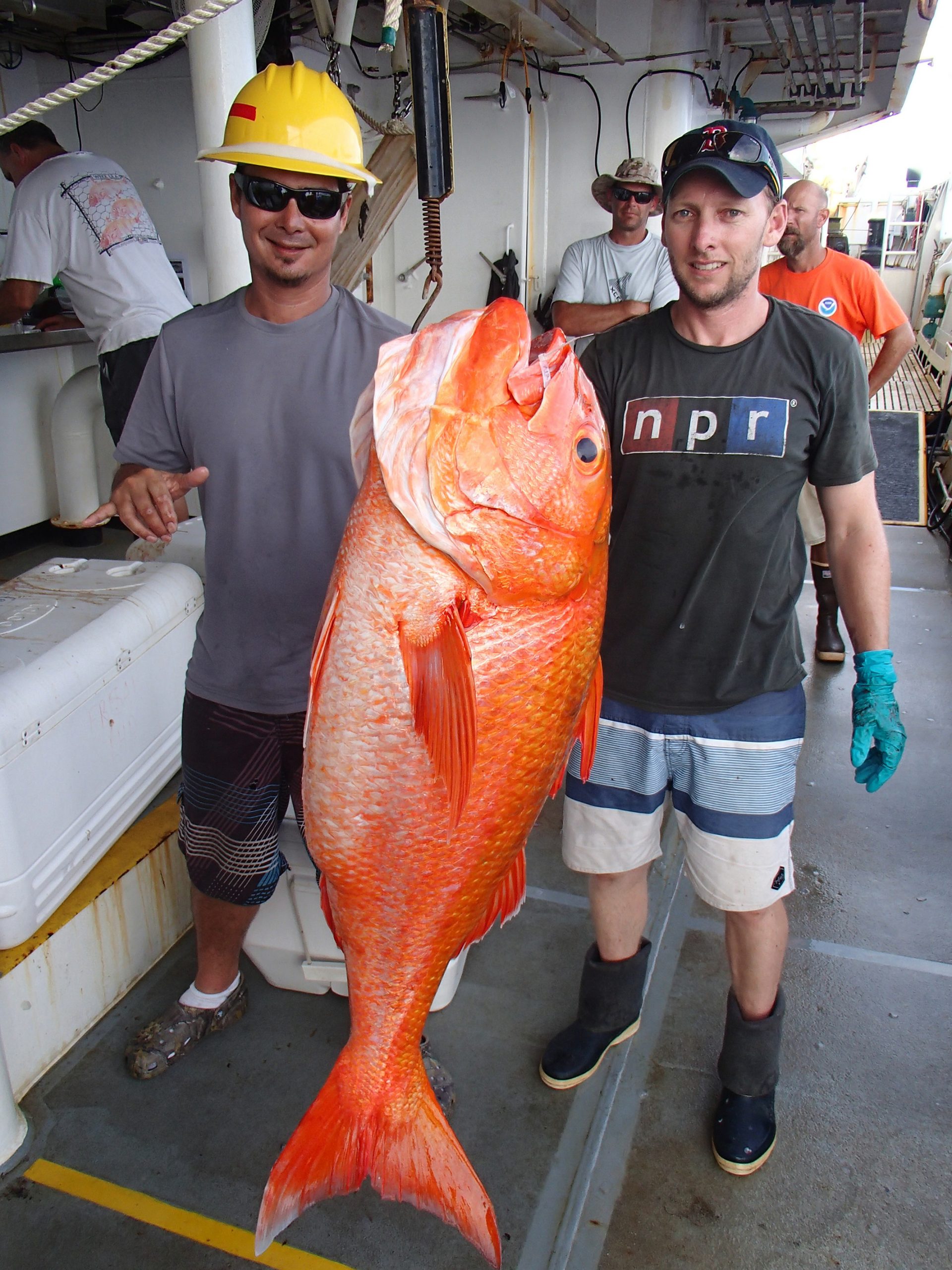 The ophiures, also called “serpentine stars”, are the “strange cousins” of the classic starfishes.

The new species has been described starting from a sample collected between 360 and 560 m on Durand Bank, an underwater mountain east of New Caledonia (seamounts are rather rich and still little explored ecosystems and are allowing us to discover an increasing number of new organisms).

However, Ophiojura exbodi is even more eccentric than other starfishes: it has the particularity of having 8 arms and of being a living fossil. Living… fossil? It sounds like a contradiction, right? However, this is precisely how those organisms that exist on Earth for millions of years, almost unchanged in their appearance, are defined.

This star has aged well, even if in reality its origin dates back to the period between the Late Triassic and the Jurassic! 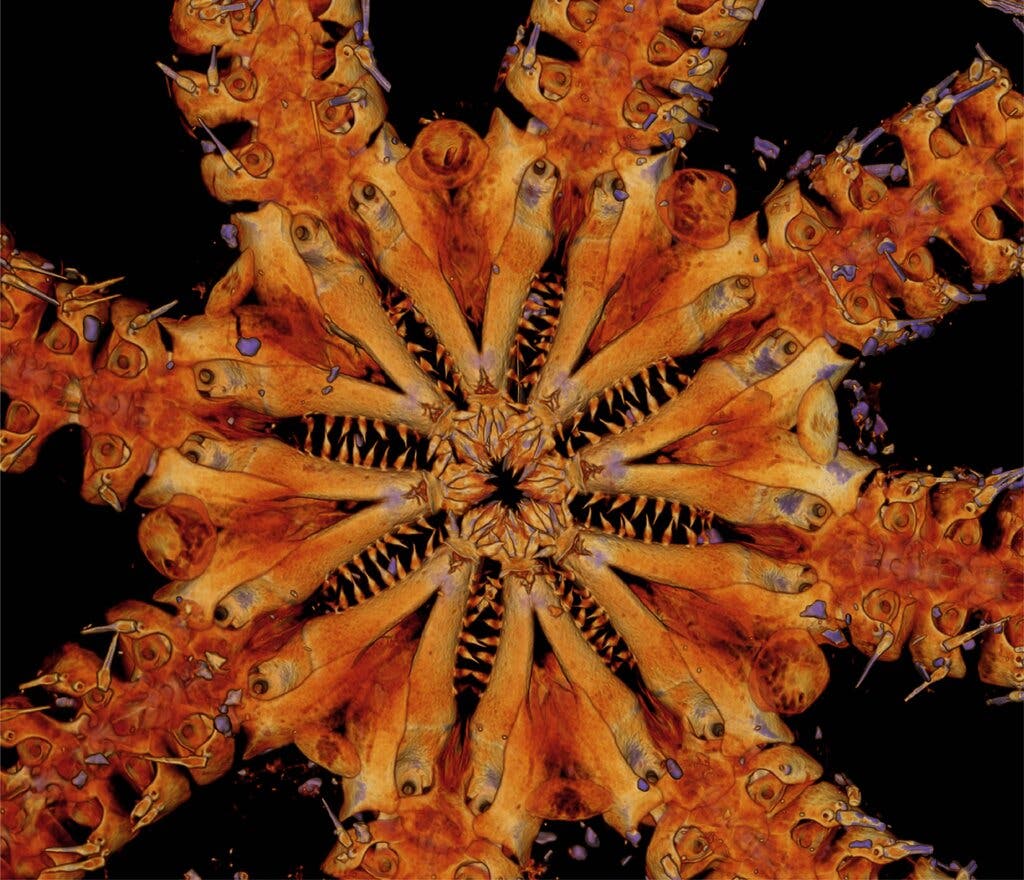 Microscopic organisms, as we know, are always a little “snubbed” compared to their giant relatives, who attract most of the attention to them.

Nevertheless, today we are giving a moment of glory to loricifera, a phylum of microscopic animals that inhabit marine environments all over the world. To date, they are only minimally studied and are characterized by having a sort of shell, specifically called “lorica“, in which they can withdraw the head, like a turtle.

Nanoloricus valdemari and N. mathildeae were found in specimens collected in Roscoff, France, between 42 and 55 m depth. Do you know where they live? Among the grains of sand! The sediments of this region appear to be extremely rich in them. 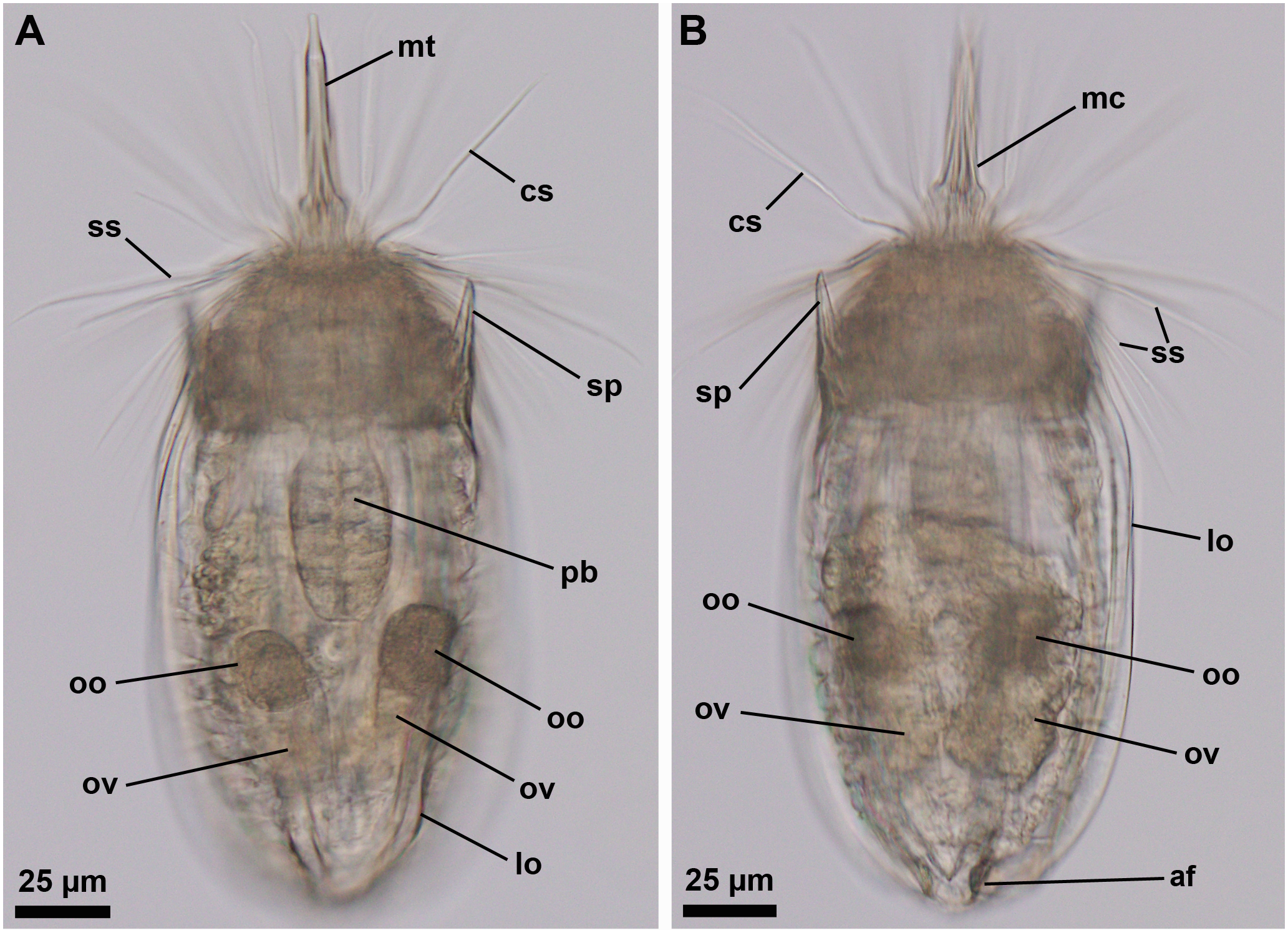 Do you think that new species can be found just in the abysses? You are wrong!

Here is an example: Octopus djinda is an octopus recently discovered in the coastal waters of South-Western Australia and, even in this case, we are faced with a cryptic species.

Since this cephalopod is a species of commercial interest, its stock management is of fundamental importance to ensure that the new distinct species won’t be subjected to overfishing, protecting the delicate role it plays in maintaining the ecosystem balance.

A clear practical implication of why becoming aware of the biodiversity that surrounds us is so important! 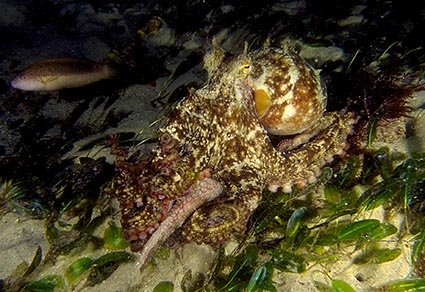 Knowledge of local populations joins science in the discovery of this new species of Cuvier’s beaked whale: Mesoplodon eueu. These cetaceans are characterized by a typically elongated rostrum and just a few species have been sighted alive since now.

Did you know that many Maori tribes have deep cultural connections with cetaceans and often consider them sacred? In New Zealand, researchers have understood that to obtain as much information as possible on these animals (the collected data mainly derives from the strandings of these mammals) is necessary to involve the indigenous populations of the place to develop and apply cultural protocols in favor of protection and conservation of species like these.

Also nicknamed “the Ramari Cuvier’s beaked whale “, Mesoplodon eueu owes its name to the cetacean expert Mātauranga Māori, Ramari Stewart: he allowed the researchers of the New Zealand Museum “Te Papa Tongarewa” to analyze the remains of a specimen of a pregnant female, which had beached almost a decade earlier along the west coast of Te Waipounamu (South Island). Local scientists, with the invaluable help of international collaborators, were able to identify this specimen from the southern hemisphere as a distinct species from True’s Mesoplodon that we usually find in the North Atlantic.

When unity is strength! 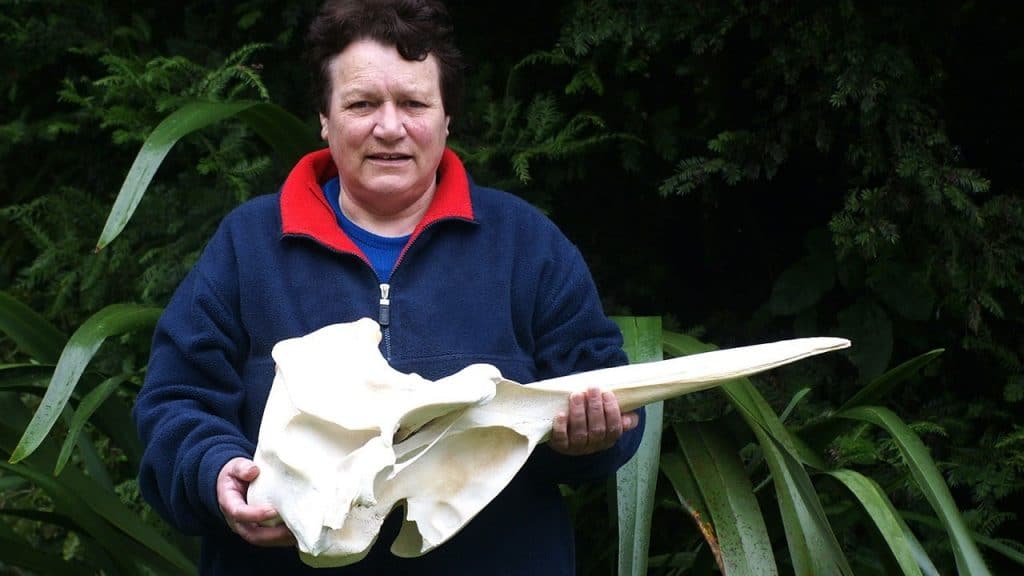 Are you curious to find out more? Discover in this article 5 other wonderful sea creatures that 2021 has given us!