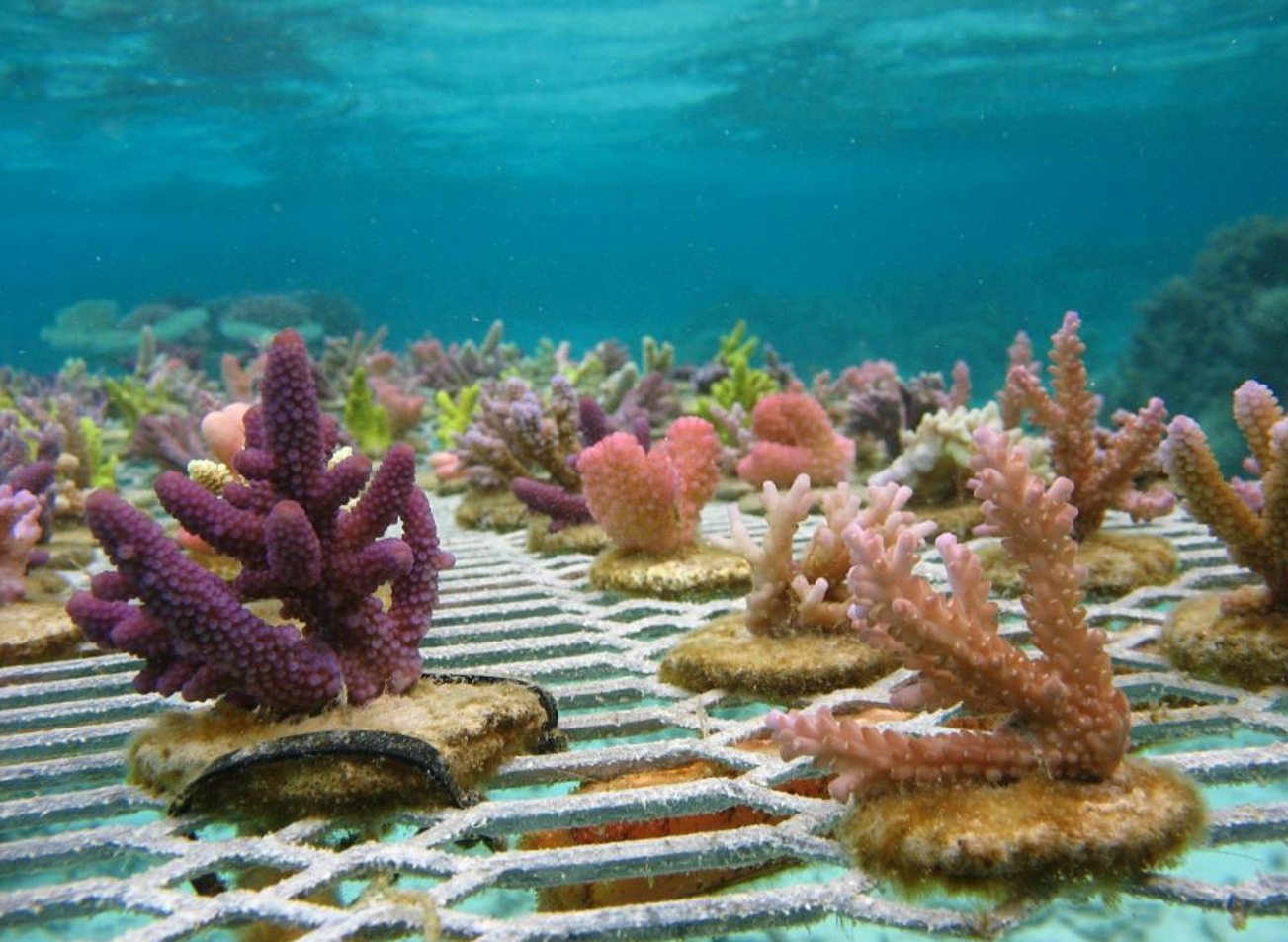 Coral Restoration: an essential tool for the rehabilitation of marine ecosystems.

After having deeply explored corals and what surrounds them, Worldrise drives you in the discovery of an innovative technique through which restore coral reefs of our oceans.

In the article “Flowers underwater: corals and their eccentric colors”, we had already defined coral reefs as one of the most biodiverse and productive marine ecosystems, presenting the techniques of “coral restoration” as one of the most innovative and promising approaches to restore coral reef ecosystems. Now we are going to discover more about these techniques and their application to fight climate change. 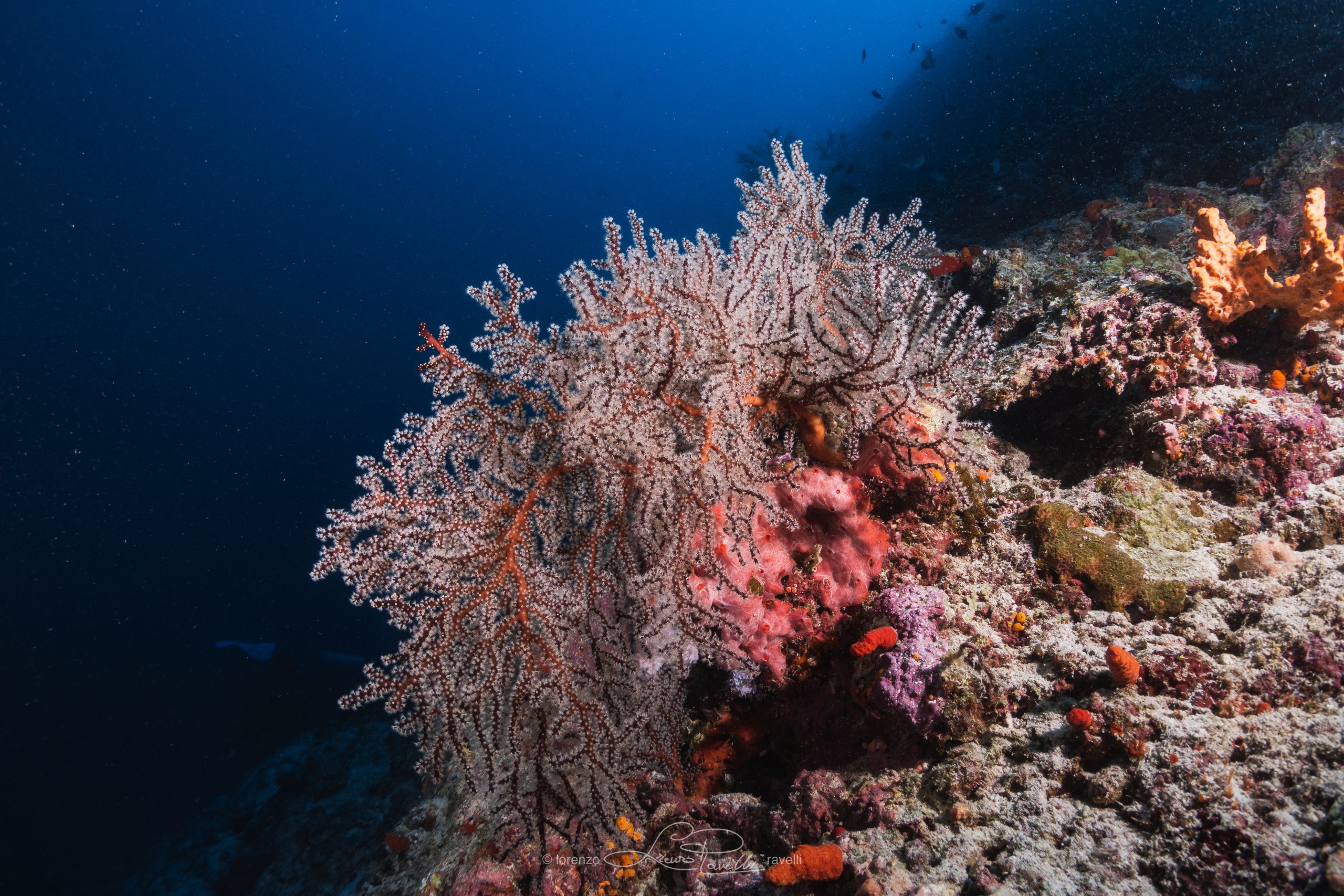 The importance of coral reefs:

Fascinating and ecologically essential, coral reefs represent the main habitat for a several numbers of marine vertebrates and invertebrates, supporting and protecting also threatened species. Although coral reefs occupy just 1% of the total ocean surface, they host almost 25% of all the species living in our oceans and they provide important ecosystem services to millions of people.It is well known that most of the countries surrounded by coral reefs totally depend on them for economic and touristic purposes, such as fisheries and extraction of natural substances which may be used in the treatment of human diseases.

Therefore, recognizing the ecological importance of coral reefs and their fundamental role in sustaining hundreds of millions of people, it’s disturbing to realize that at least 40% of these ecosystems has been lost in the last decades, also due to human impacts. Coral reefs are particularly fragile environments, vulnerable to climate changes such as variations in water temperatures. The threats which could affect these ecosystems are multiple, but they can be divided in two main categories: 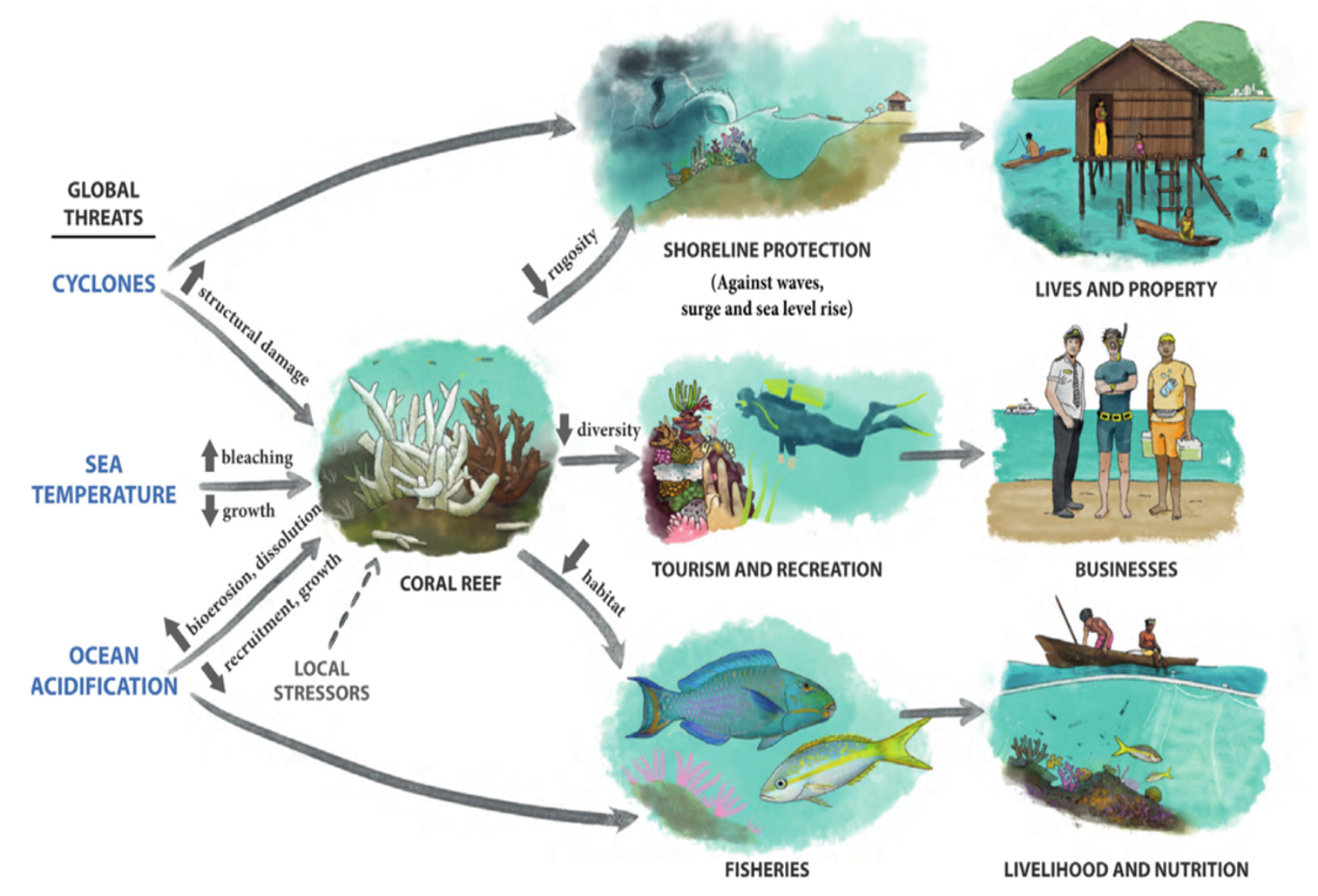 Stress conditions that coral reefs are experiencing may generate serious damages to corals, like their bleaching and the increase of their vulnerability, making them more prone to possible pathogenic agents which are responsible for most of the coral diseases and, in many cases, also lead to coral’s death.

Discovering how to mitigate or remove these local threats may guarantee the integrity of all the components of coral reefs. For this reason, coral restoration projects are emerging to provide the rehabilitation of these important ecosystems in sites where they were degraded.

Coral Restoration: what is that?

Coral Restoration is defined by “The Society of Ecological Restoration” as the process of assisting the recovery of an ecosystem that has been degraded, damaged or destroyed.

Coral Restoration techniques can be divided in two groups: passive and active. In the first case, human participation is almost minimal and it doesn’t drive a quantifiable improvement of the environment. In the second case, the active approach requires human intervention in degraded sites of the coral reefs, supporting them to return to their initial conditions.

The most promising and used approach in active restoration is “coral gardening”, based on two different phases. Firstly, coral fragments (previously collected from healthy coral colonies) are grown on specific “nurseries”, specially designed and placed at 3-5 meters of depth. Once the suitable size is reached, coral colonies are removed from nurseries and outplanted in the wild coral reef.

Coral Restoration in the Caribbean: the action of Reef Renewal Foundation Bonaire

As already mentioned, coral gardening is the most widespread technique used in active restoration approaches, since it is particularly suited for coral survival in nurseries – where fragments are constantly monitored – as well as in wild coral reefs – where corals seem to merge strongly to the surrounding environment.

Also, on the Island of Bonaire, Dutch Caribbean, coral gardening represents the main technique utilized by the no-profit association “Reef Renewal Foundation Bonaire”, which has been dealing with restoring the reef of the island since 2012.  Indeed, starting from 1980, with the outbreak of a disease named “white band disease”, Bonaire’s reef structure has been completely modified, destroying almost totally two dominant coral species of the Caribbean: Acropora cervicornis ed Acropora palmata. For this reason, Reef Renewal Foundation Bonaire, together with several volunteers and interns – who like me had the opportunity to collaborate with them – takes care of growing, monitoring, and managing coral nurseries, characterized by thousands of Acropora cervicornis ed Acropora palmata’s fragments, hoping to restore these two essential species of corals.

The disturbance to which nurseries are subject is almost minimal since the maintenance by volunteers and interns is limited to the removal of fouling, repair of damages, removal of diseased fragments or predators, allowing fragments to grow uninterrupted. As already reported, once the suitable size has been reached (more or less 30 cm), coral fragments are outplanted in specific sites of coral reefs, normally at shallow depths (5-6 meters), where they can survive without the need of care. The most used method to outplant corals is the so called “gluing”, in which corals are fixed on rocky substrates using a special glue named “marine epoxy”. 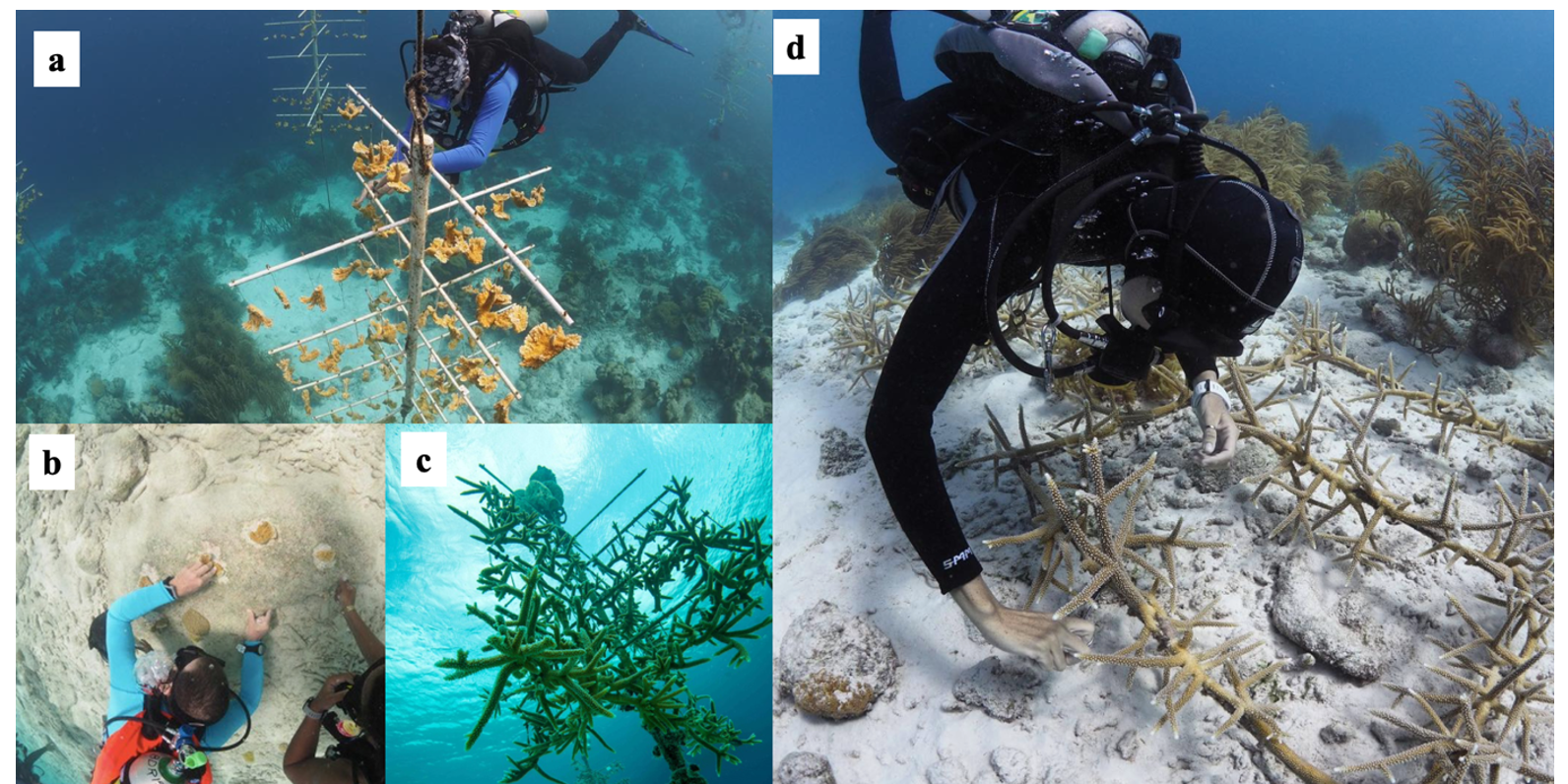 Coral Restoration: a starting point in the fight against climate change

In an historical period in which the human impact, enhanced by climate change, puts a strain on fundamental and sensitive ecosystems such as coral reefs, the practices of coral restorations represent one of the most important innovations. The main objective of coral restoration is the augment of coral coverage on coral reefs, improving their resilience and their possibility to withstand possible catastrophic events (hurricanes, ocean acidification, increase of water temperatures, coral bleaching).

Although the success of coral restoration techniques is undoubted, coral survival doesn’t depend only on the involved approach, but there are several factors which can influence these efforts. Among these there are the suitability of the sites on which coral is outplanted, the genetic identity of the coral itself and the biological processes to which it can be subjected, such as predation or diseases.

Furthermore, while most of the studies conducted on coral restoration are focused on the survival and growth of transplanted corals, few researches wonder about the impacts that restoration techniques can have on the community of coral reefs. As a matter of fact, restoration of individual components of an ecosystem may be necessary but not sufficient to guide the recovery of an entire community and restore important ecosystem functions. 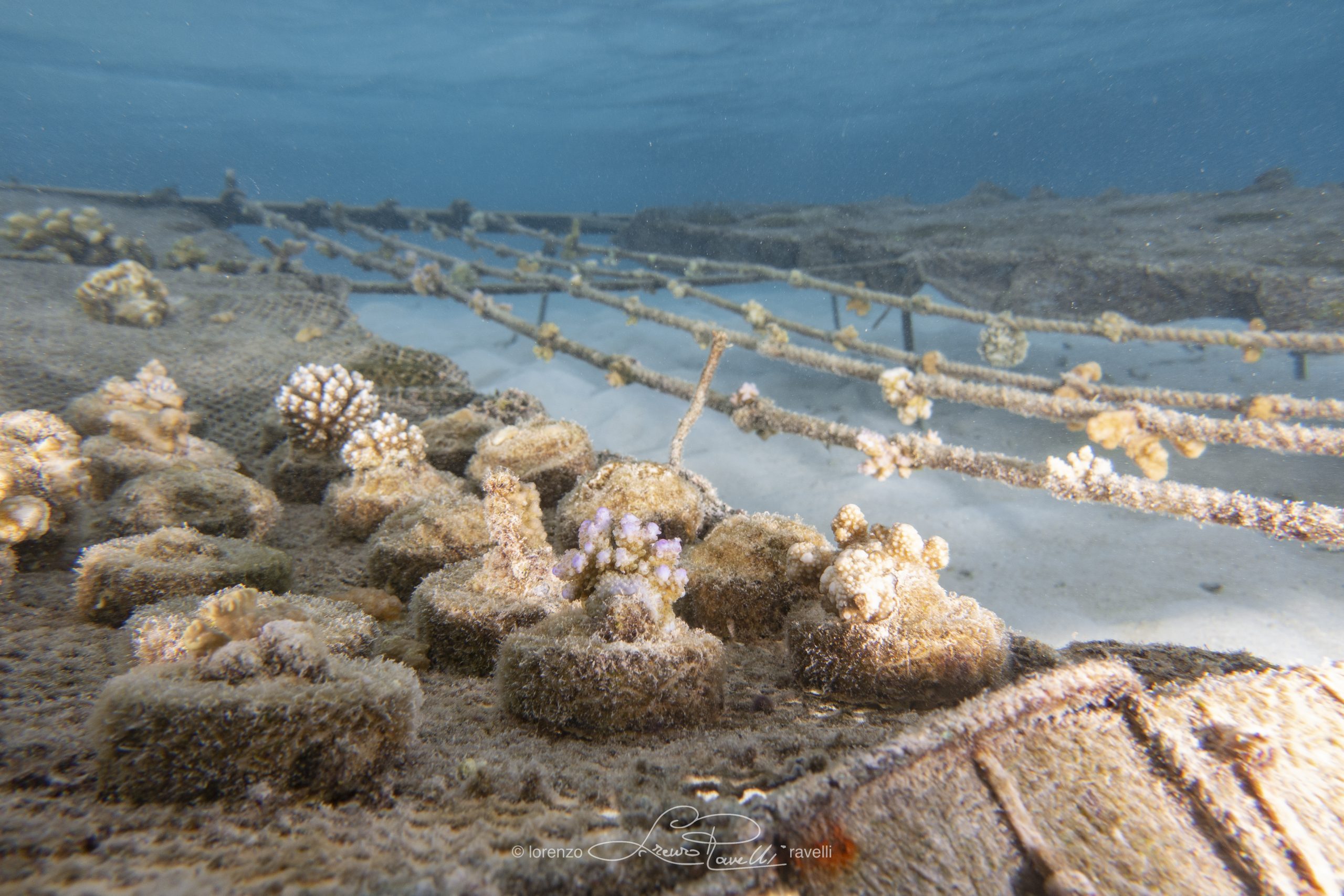 Despite the success that coral restoration is having in restoring key species, such as corals of the genus Acropora, being a recent procedure it needs refinements that only practice, added to research, can give us. Today more than ever, it’s essential to understand that coral restoration is not a solution to the reduction of climate change, but a complementary tool to support the partial or total recovery of one of the most important marine ecosystems.

In conclusion, coral restoration represents a solid starting point that – with the efforts of all of us – can lead to mitigation and / or adaptation to the numerous factors of stress that our planet is facing. It’s important to spread awareness, get informed and, when possible, become an active part of the fight against climate change. If you are feeling ready to lend a hand, more information can be found on the website www.reefrenewalbonaire.org. Become a coral lover! 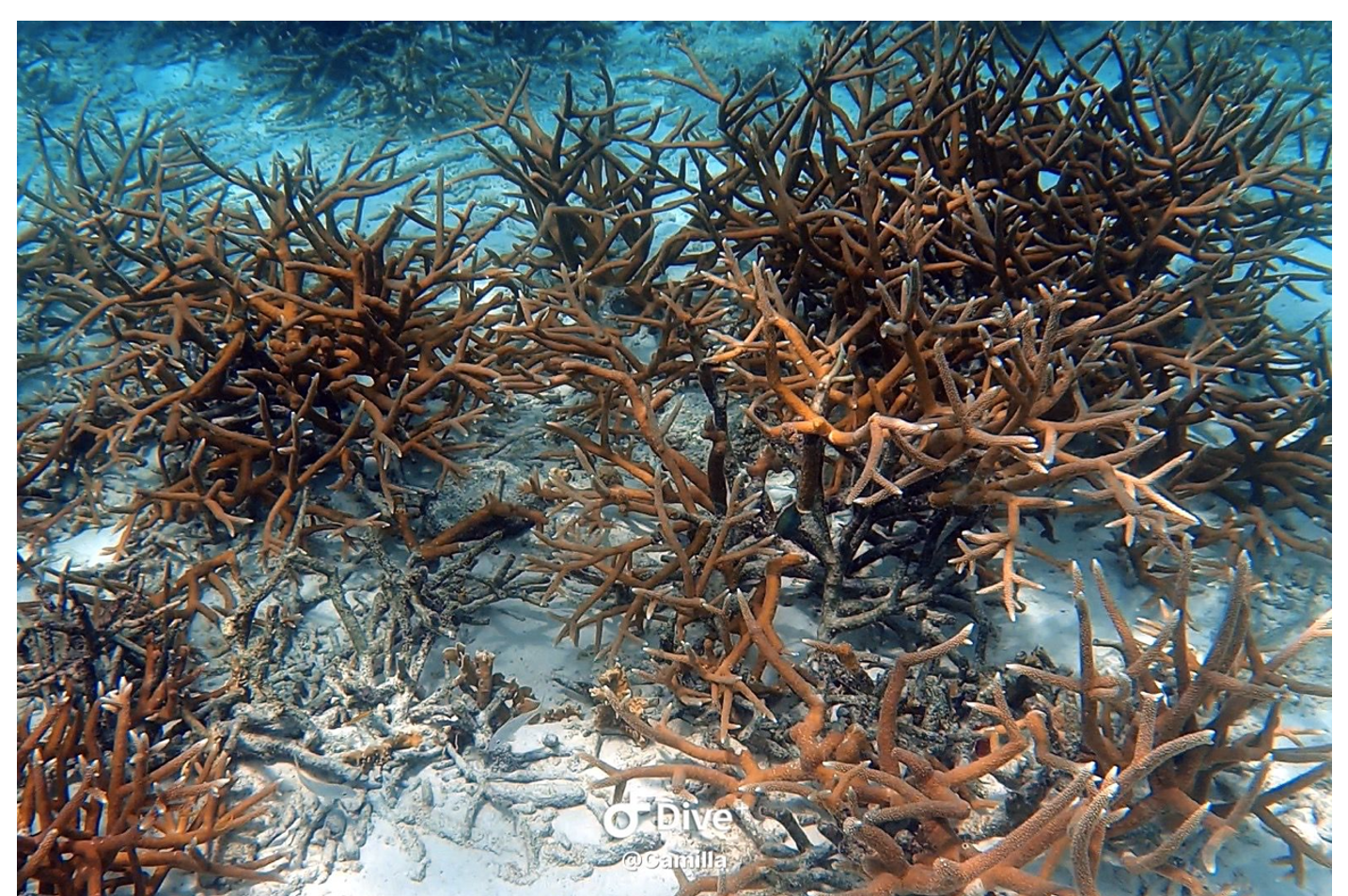 Although Camilla was born and raised in the mountains of Valtellina, her strong passion for the sea led her to become a Marine Biologist, specialized in corals.
Convinced that her passion should be shared with as many people as possible, she has decided to take the path of scientific dissemination to spread the beauty of our planet. If she were a marine animal, she would be a manta ray, for the elegance and majesty with which it dances in the water.