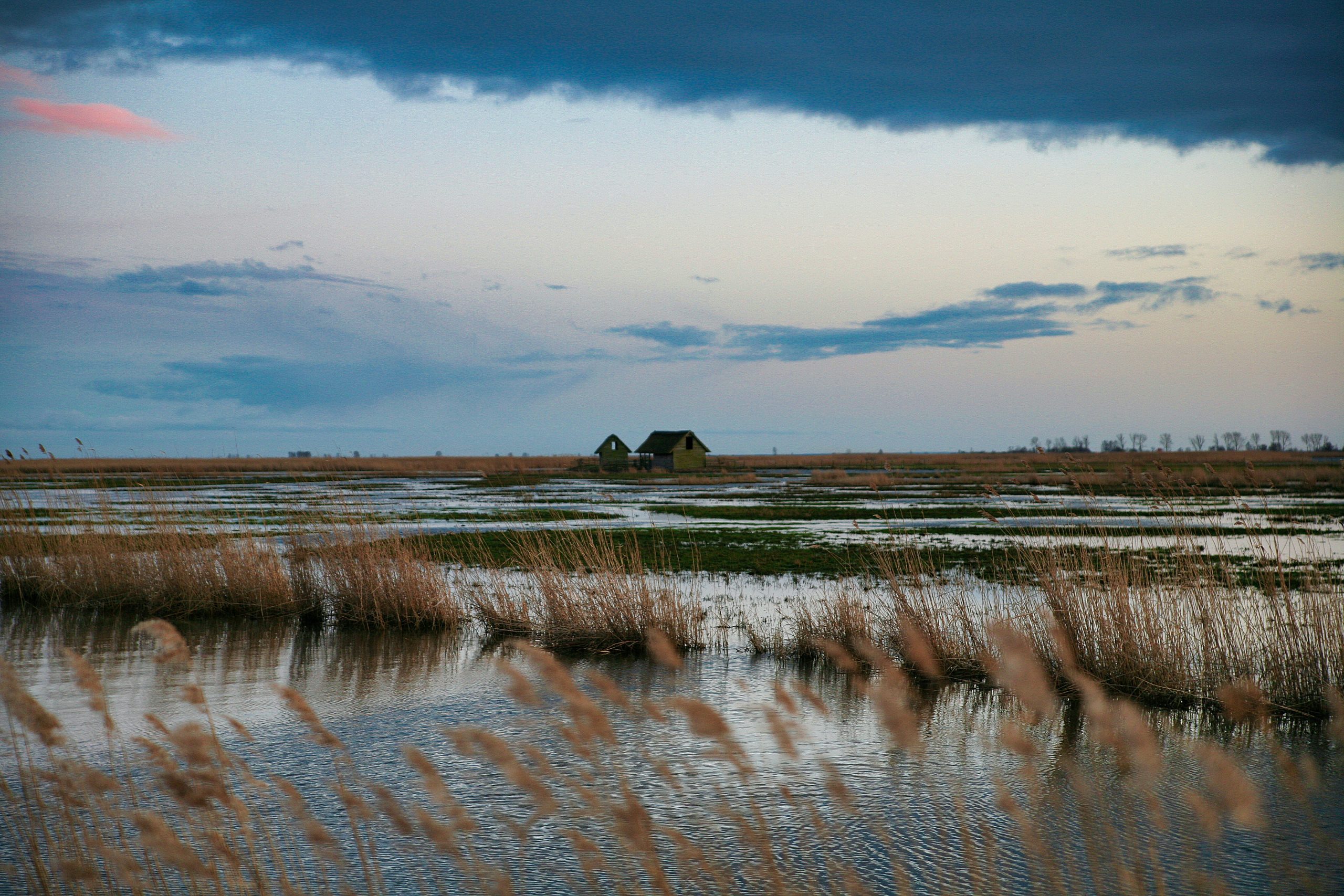 Many of the ecosystem services fundamental for our lives are provided to us by ecosystems that are not purely marine or terrestrial: it’s the case of transitional waters. In this short column, Worldrise will accompany you through the discovery of these habitats, starting from salt marshes.

What does the term “transition waters” mean?

According to the Water Framework Directive (WFD 2000/60/EU), the European Union directive that committed member states to achieve good quality and quantitative status of all water bodies by 2015, transitional waters are defined as “surface water bodies close to river mouths which have a partially saline character due to their proximity to coastal waters, but which are substantially affected by freshwater flows”.

However, this category does not include only the classic river estuaries but also comprises areas such as marshes, coastal lagoons, fjords and rias.

Photo by Adam Sondel via Pexels

Why is it important to protect them?

Transitional waters are of fundamental importance as they represent the link between the oceanic and the continental environment. Variations involving these areas could modify their delicate balance, leading to significant consequences for adjacent marine communities as well.

They are extremely vulnerable, because they are more susceptible than other ecosystems to human impacts, both direct, such as urbanization, and indirect, like climate change.

Characteristic of these areas is the presence of a salinity gradient, a parameter that increases as you go from the inner part toward the sea: this determines the presence of a biological zonation, a spatial variation of the structure of the community of organisms here present, with the alternation of fresh or brackish water species (thus euryhaline species, able to tolerate a wide range of variations in salinity) to more strictly marine species. 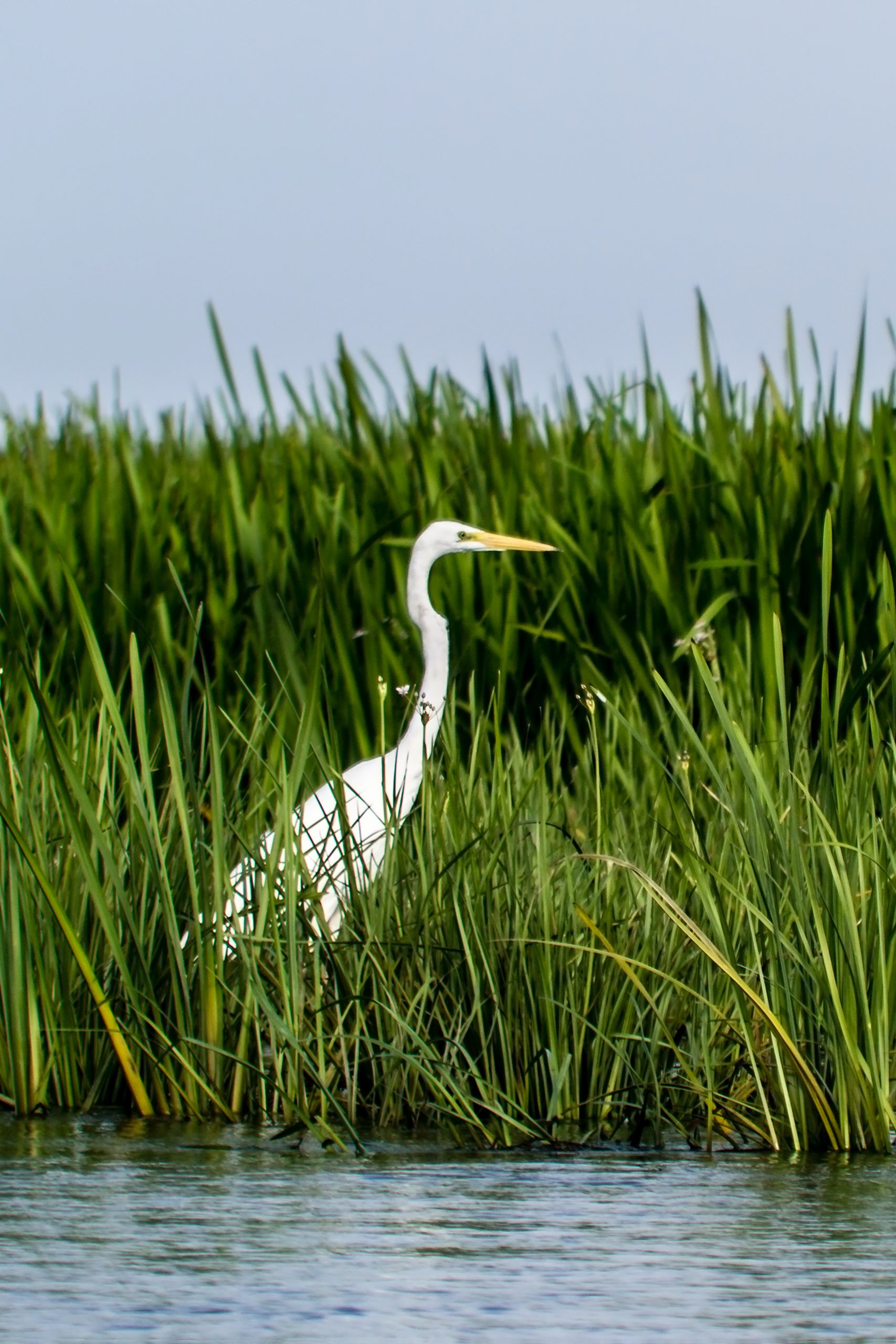 Photo by Ferenc Tibodi via Pexels

In this article, we will talk about salt marshes, areas characterized by the abundant presence of surface liquid water and high associated biodiversity. These environments are structurally heterogeneous, resulting in a remarkable diversification also at the biological level.

Salt marshes communities are dominated by marsh grasses, plants even 2 m tall, which trap nutrients in sediments. The tissues of these plants contain tannins, making them difficult to digest for organisms: in fact, they are not usually grazed, and therefore they enter the detritus food chain; a behavior similar to that of seagrasses, marine phanerogams such as the Posidonia oceanica.

The zonation of salt marshes

Salt marshes are characterized by a zonation that depends on the salinity, through a succession of different plant species: for example, Spartina alterniflora is located closer to the saltwater, while we usually find Spartina patens in the inner portion. The first species seems to have a competitive advantage over the second one, managing better to capture oxygen from anoxic soils such as those constantly submerged by water. This zonation can be observed in the fauna as well, with the passage from granivorous birds (e.g. common reed bunting), to limicolous (e.g. snipe) and, finally, to piscivores (e.g. heron). 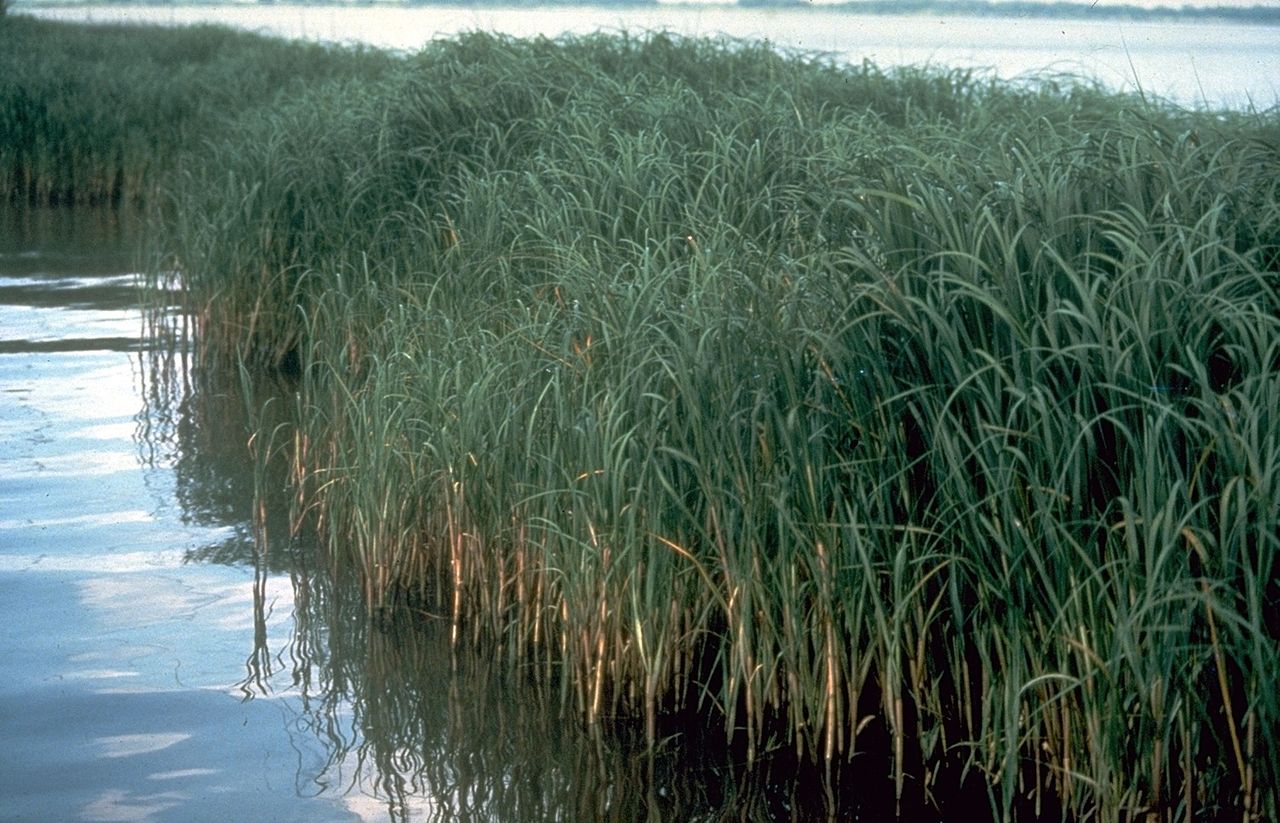 Spartina alterniflora in a salt marsh – photo via Wikipedia

Spartina salt marshes are also dominated by the presence of some species of plants that tolerate huge variations in salinity and can deal with anoxic sediments: they can also be found in streams, biologically rich thanks to the great availability of organic material. Often, in association with these areas, we can find mussels’ belts that reach high densities and can, in turn, stimulate the growth of Spartina: the mechanism could be linked to the production of feces rich in nitrogen by the mussels. Furthermore, the byssus filaments produced by the bivalves retain the sediments, limiting the erosion of these environments.

Besides those belonging to the genus Spartina, other plants typical of the salt marshes’ environment are the common cattail (Typha latifolia, the typical “swamp plant” of cartoons) or the glasswort (Salicornia europaea), which we can find for instance in the area of the Po delta, in the salt pans and valleys of Comacchio. 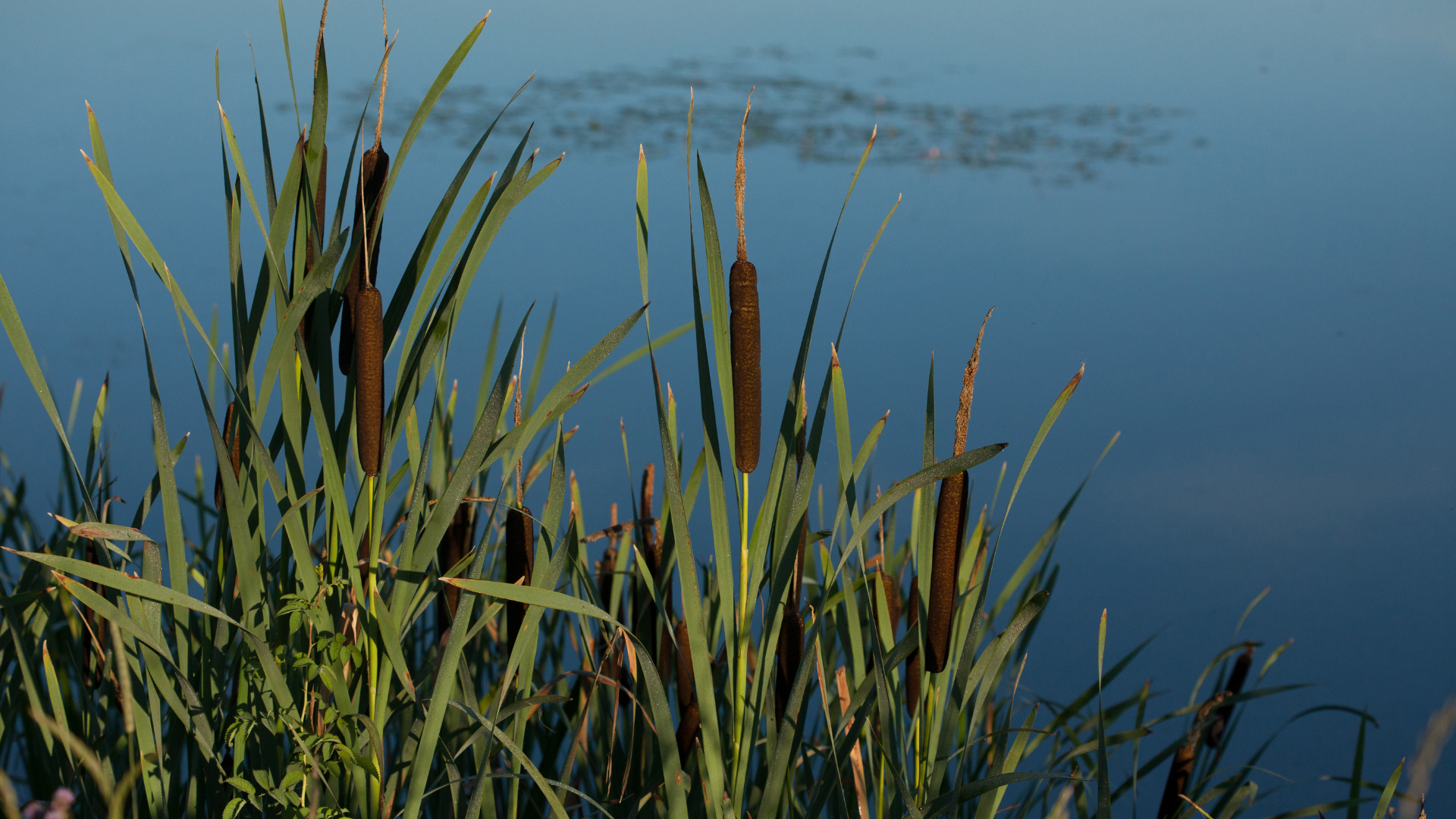 Why are salt marshes so valuable? 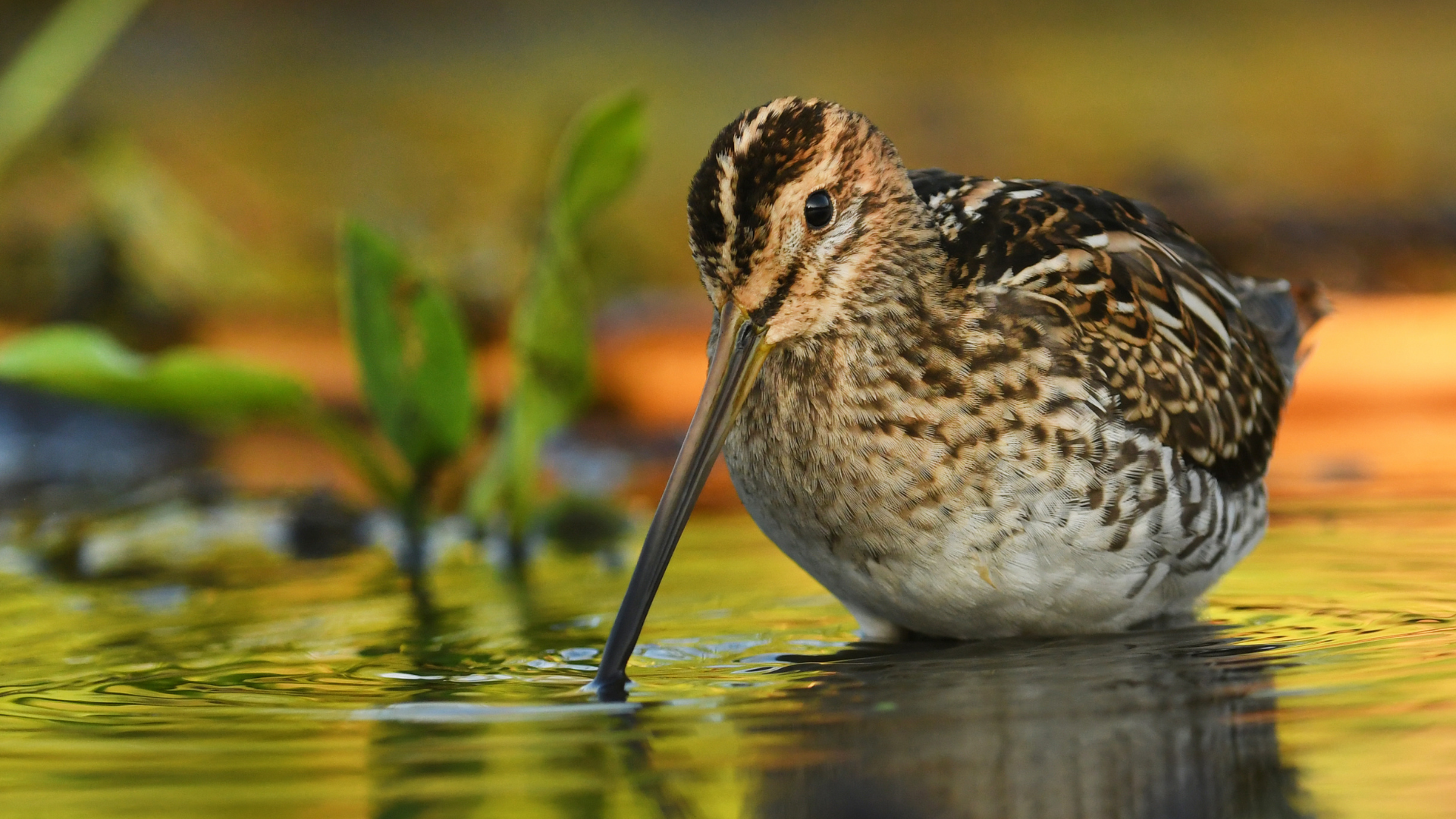 In general, are defined as wetlands «marshes and marshlands, peat bogs or basins, natural or artificial, permanent or temporary, with stagnant or running water, fresh, brackish, or saltwater, including expanses of seawater whose depth, during low tide, does not exceed six meters». These areas are protected by the Ramsar Convention (Iran, 1971), an agreement by which the acceding States committed to protect their wetlands, with at least one of them indicated as of international interest. Italy acceded in 1976 and, currently, it protects over 50 wetlands. Nowadays this Convention is signed by more than 100 countries in the world and with over 900 designated wetlands, representing the first modern international treaty and one of the most significant manifestations of cooperation between States for the protection of Wetlands, promoting the principles of sustainable development and biodiversity conservation.

Wetlands are among the largest carbon sequestration ecosystems on the planet, but when disturbed they release three main greenhouse gases into the atmosphere: carbon dioxide, methane and nitrous oxide. For this reason, protecting wetlands also means mitigating climate change. Unfortunately, they are often subjected to reclamation to make way for cultivated fields or urban centers; thus, these habitats have undergone a drastic reduction in their extension over time. The rising sea levels, as a result of global warming, could further challenge the preservation of these delicate ecosystems. 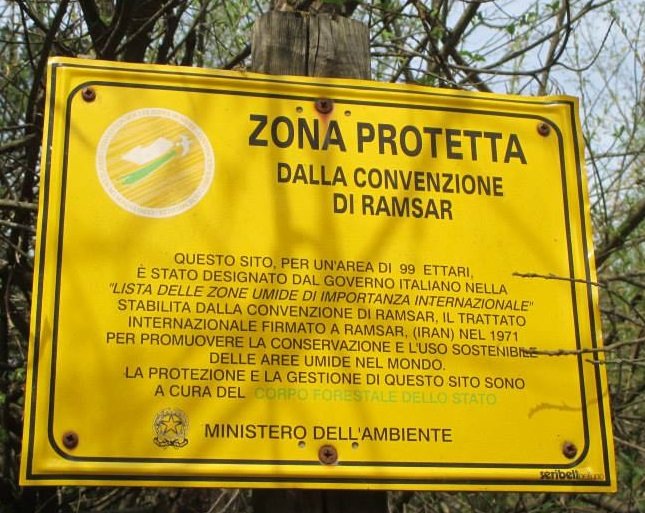 What can be done to prevent their loss?

In addition to the establishment of conservation measures, the restoration of degraded coastal wetlands is also crucial, for example through the addition of sediment to raise the soil below water level, thus allowing subsequent colonization by new vegetation (with plants that can also be transplanted from healthy swamps or specialized crops) and the limitation of erosive processes that have been in place until then. In addition, the re-humidification of previously drained wetlands can be carried out by blocking drainage and reducing the extraction of groundwater.

For instance, in the Mediterranean Sea, the MedWet initiative promotes and supports policies and actions in the field involving many stakeholders for the conservation, restoration, and sustainable use of wetlands in the basin. This regional intergovernmental network operates within the framework of the Ramsar Convention and is based on the collaborative effort between 27 Mediterranean countries and bodies, the Ramsar Secretariat, intergovernmental institutions, international NGOs, and national institutions specialized in wetlands issues. 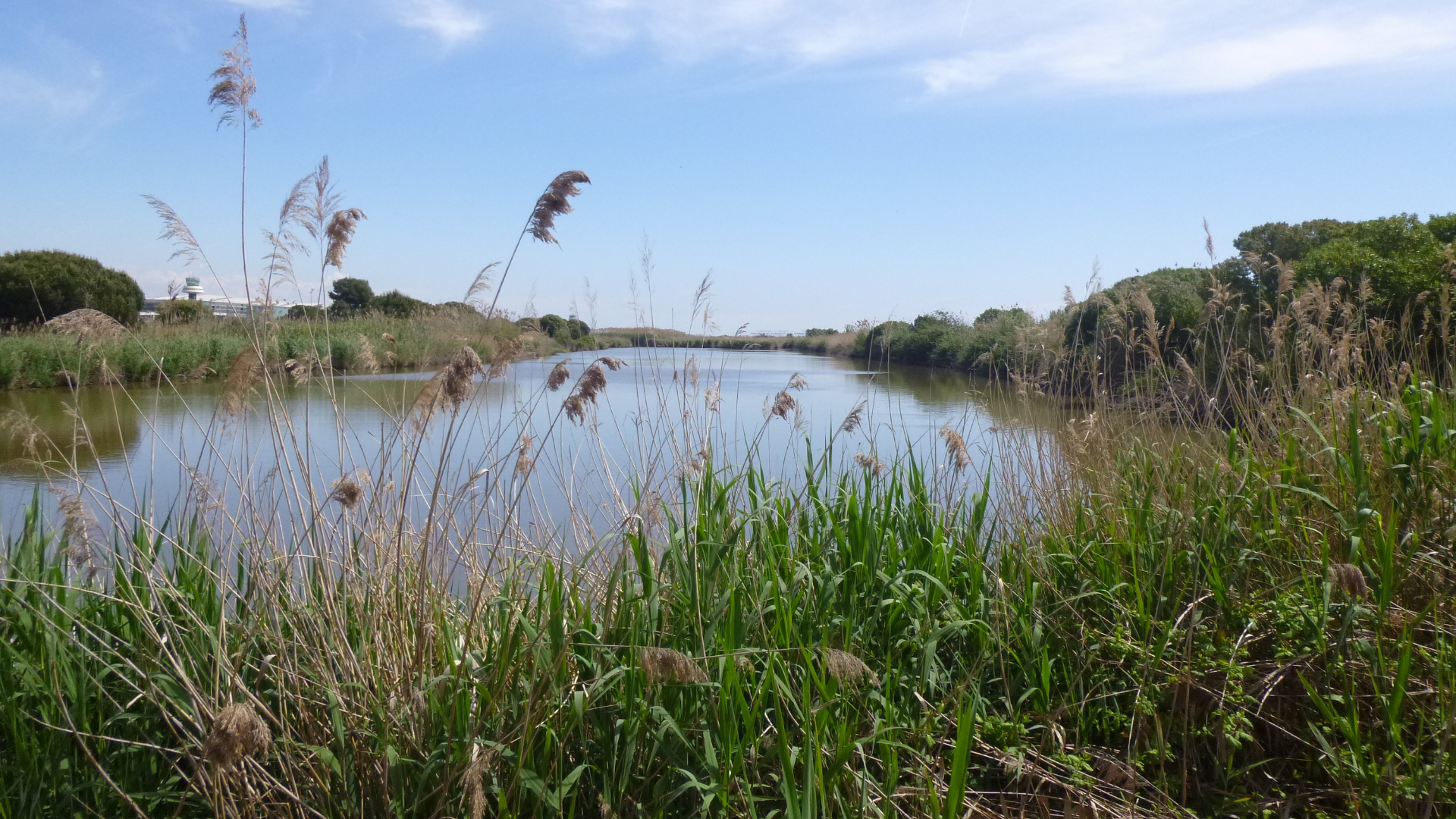 Among transitional areas, we also find coastal lagoons, equally peculiar and vulnerable systems which will be discussed in more detail in the next article. Stay tuned!