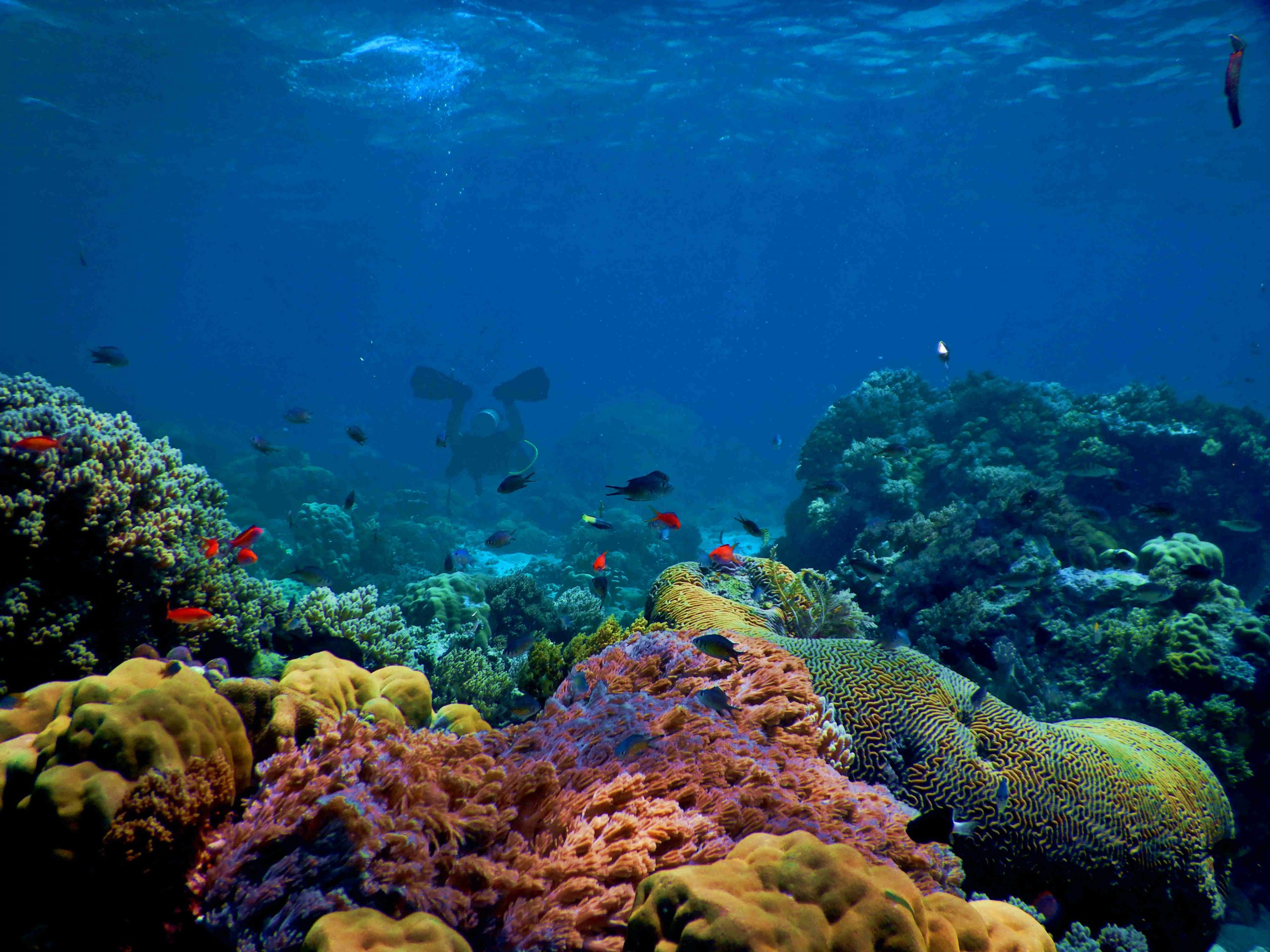 By Bianca Bargagliotti8 Marzo 2022No Comments

Awaiting the zoological news of 2022, we continue our journey to discover 5 other marine species discovered in 2021.

WHY DRAW UP LISTS OF EXISTING SPECIES?

Registering and characterizing the biodiversity that surrounds us is of fundamental importance, not only to protect it in the best possible way. In fact, many organisms can also be used as bioindicators: “a biological organism or system generally used to evaluate a change in the quality of the environment; in other words, it is a biological target which, in the presence of natural or anthropic stress, undergoes noticeable changes in its natural state” (ISPRA – Istituto Superiore per la Protezione e la Ricerca Ambientale). Therefore, having increasingly accurate and reliable knowledge of all living species helps us also to monitor the state of health of the environment around us.

After getting a taste of some of the marine species discovered during 2021, we continue our journey to discover 5 other organisms that inhabit the sea:

Laetmonice iocasica is an errant polychaete: it is a “hairy worm” able to move on the substratum, crawling slowly on rocky bottoms generally covered by fine sands.

It lives at considerable depths (888–980 m): actually, samples belonging to this new species have been collected along the Caroline Ridge, across the submarine mountains of the tropical belt of the Western Pacific.

It belongs to the Aphroditidae family of the phylum Anellida, characterized by having harpoon-shaped chaetae (“hairs”), in turn, equipped with hooks along the sides. A true pirate of the abysses!

Genetic analyses confirmed the morphological differences between this species and others previously described belonging to the same genus. 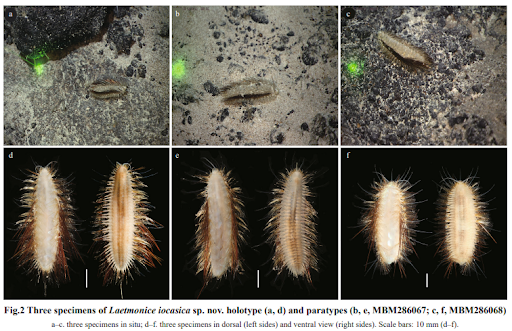 A new member has recently joined the family of “dumbo octopuses“: Grimpoteuthis imperator is an abyssal cephalopod from the North Pacific Ocean.

Why is this new species so important? Because it represents evidence in support of the benefit of integrating different disciplines in the field of research. The technologies available today allow us to make the most of every resource: the use of non-invasive techniques (ranging from magnetic resonance to 3D reconstruction and computerized microtomography) has allowed the maintenance of the structural integrity of the zoological sample analyzed.

This means having to sacrifice only “the bare minimum” in the name of science, allowing the advancement of knowledge with an extremely reduced impact on what we are studying. 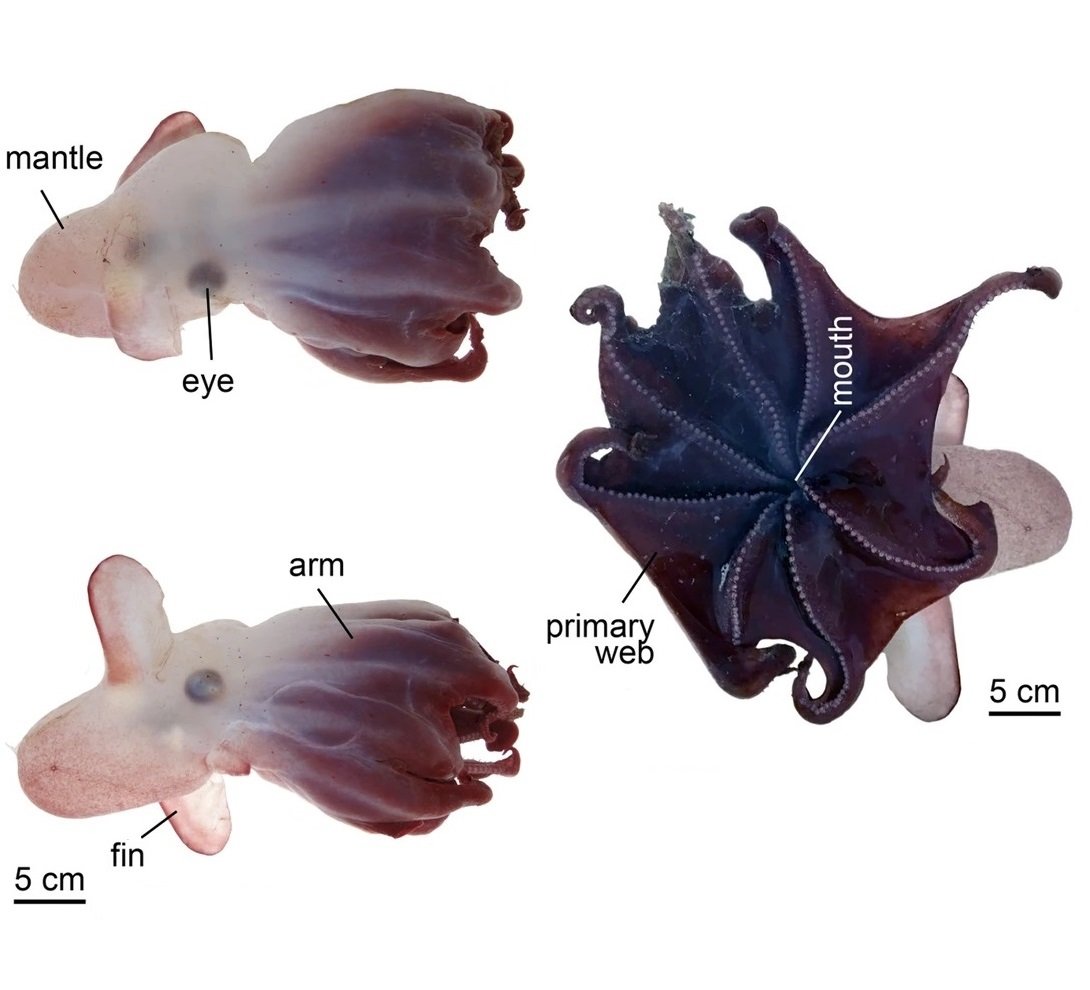 Directly from the coral reefs of New Zealand, this colorful hippocampus can perfectly blend in among the coral algae. The word “tupareomanaia” in the Maori language means “garland of the seahorse”, to recall the characteristic cup-shaped crest on the animal’s head. A key anatomical character that has allowed the distinction of a new genus and a new species compared to those previously known. 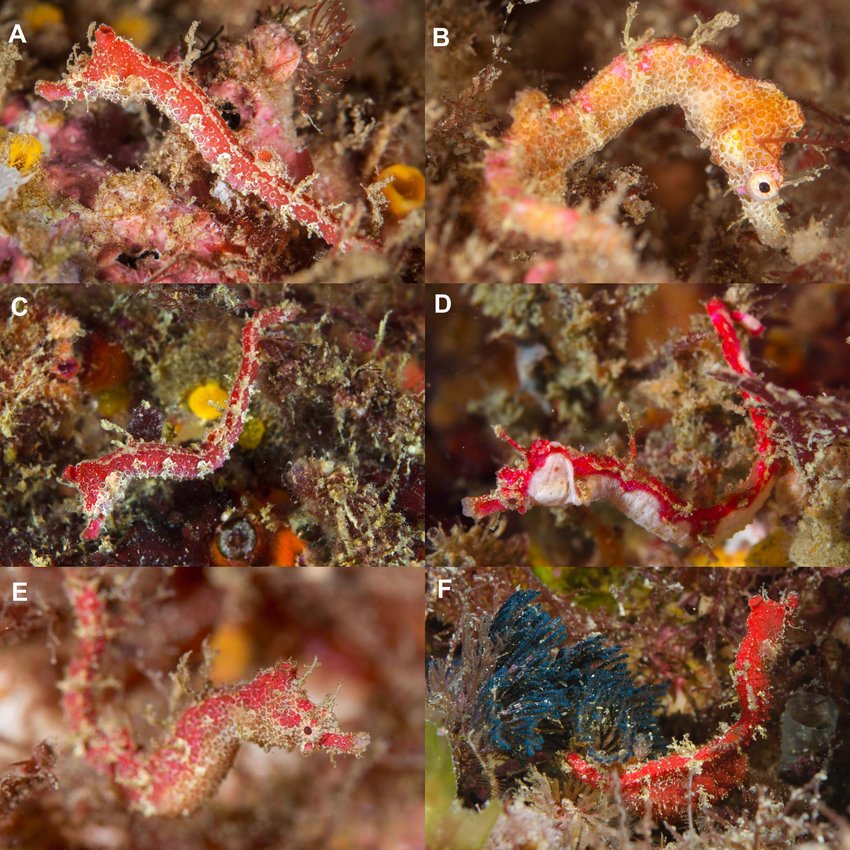 At great depths, the supply of food is often limited and, thus, organisms must strive for optimal adaptation to these conditions. Many sponges, for example, adopt a carnivorous diet, although usually these animals are suspension-feeders, eating particles present in the water column. Think about SpongeBob SquarePants and his beloved Krabby Patties!

However, Abyssocladia antarctica (class Demospongiae, family Cladorhizidae) and Caulophacus leonieae (class Hexactinellida, family Rosselidae), both carnivorous sponges, were sampled respectively at 220 and 330 m below the sea surface, relatively shallow depths compared to the bathyal and abyssal ones where we usually find this kind of animals. Perhaps, this is linked to the rather exceptional circumstances of the present habitat: in fact, both specimens were discovered along the Antarctic Peninsula in the Weddell Sea, areas permanently covered by ice for at least several hundred years until the start of recent events of rupture in 1995. Therefore, the deep-sea and the environment beneath the ice shelves appear to provide similar living conditions, which have prompted these organisms to specialize their diets similarly.

Belonging to the order Squaliformes, this new species of lantern shark has been described for the southeast of the Atlantic Ocean and the southwest of the Indian Ocean. The discovery of this cartilaginous fish has underlined the importance of morphological characters in the recognition of the specimens and the different members belonging to the same clade, i.e. all the descendants of the same ancestor.

Even if lantern sharks represent an important part of the by-catch of deep-fishing, the knowledge of these organisms is still limited, also because guidelines for their identification at a specific level are lacking. This hampers the possibility of applying conservation and management strategies on populations to protect them. It is appropriate to say that it would be necessary to “shed light” on this issue! 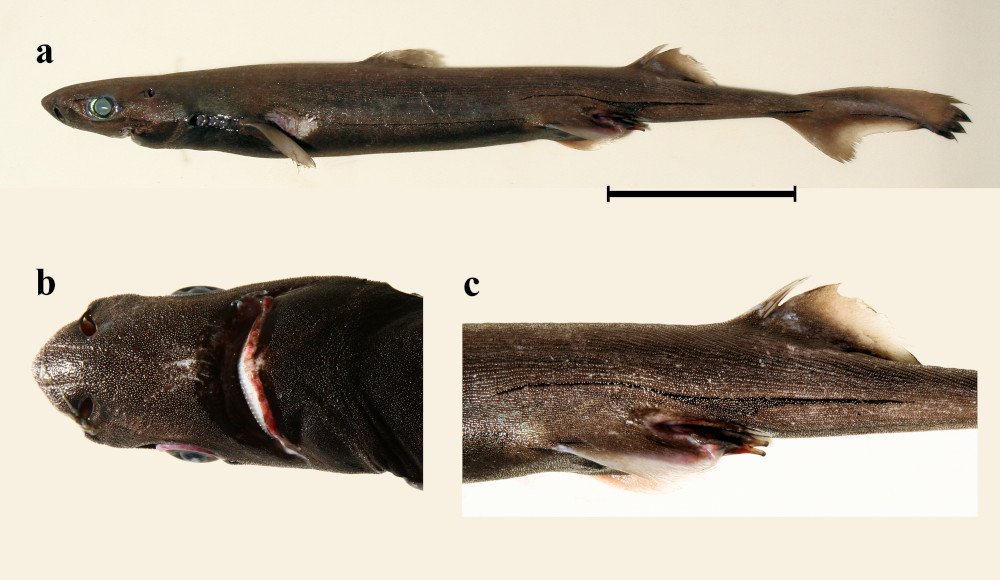 If your curiosity has not yet been satisfied, you can retrieve the first part of this article, discovering some of the other marine species discovered during 2021. What will 2022 have in store for us?